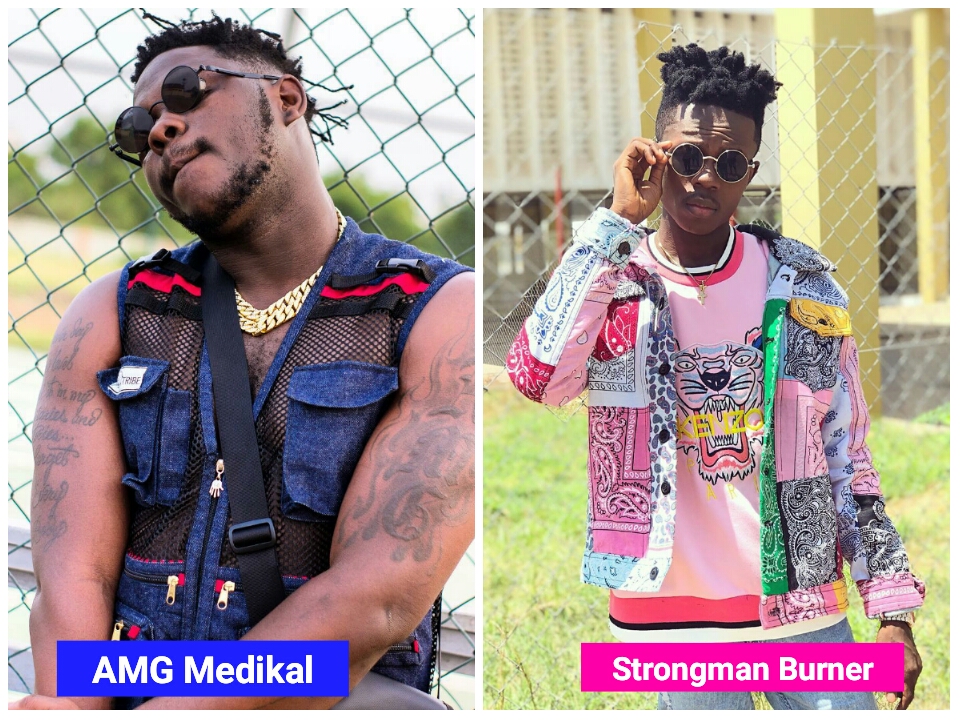 With the ongoing “beef” between Rapper Osei Kwaku Vincent professionally known as Strongman and  Samuel Adu Frimpong popularly known as Medikal  in the music industry, some jabs have been thrown at each other which have raised the attention of all Ghanians.
In Strongman’s Don’t try diss song against fellow rapper Medikal, he is noted to have dropped a heavy punchline demanding fellow Artist to Subtract his Fraud money from his real money and that the rest is his music money, it can’t even buy him bicycle.
This has stirred a lot of controversies in the country as rumours have it that Amg Business is a Fraud Group instead of a Music group and that the Music aspect is just a cover up for their fraudulent activities.
Also Celebrity profile, Lydia forson is said to have talked about Medikal’s Fraudulent Behaviour some time ago.
Since Kwadwo Sheldon Aka Lil Duku couldn’t do the basic maths on Medikal’s real money left, the music entertainer Medikal came to his rescue with a comment on Twitter saying his Iphone charger is left 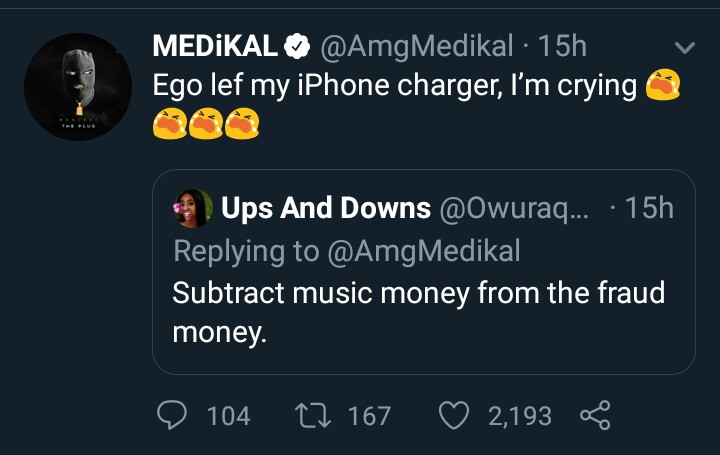