Over speeding Causes Accident At Afienya.

Misintepretation of Road signs can lead to accidents but over speeding just like its been said ” Satan was once Gods servant” is a serious manipulator of road accidents.

Earlier today,VolumeGh received reports on an accident which happened on the Afienya road at the Emmanuel estate junction.
According to Kojo Arhin who reported the issue to VolumeGh , he said the accident was caused by a kia truck which was over speeding.

He went further on to elaborate on the issue that a saloon car heading to Akosombo decided to stop to allow some children to cross safely not knowing the kia truck which was heading to tema was coming with high speed and due to its inability to stop at that moment had to branch to the other junction  destroying a mobile phone shop but the mobile money agent was safe. 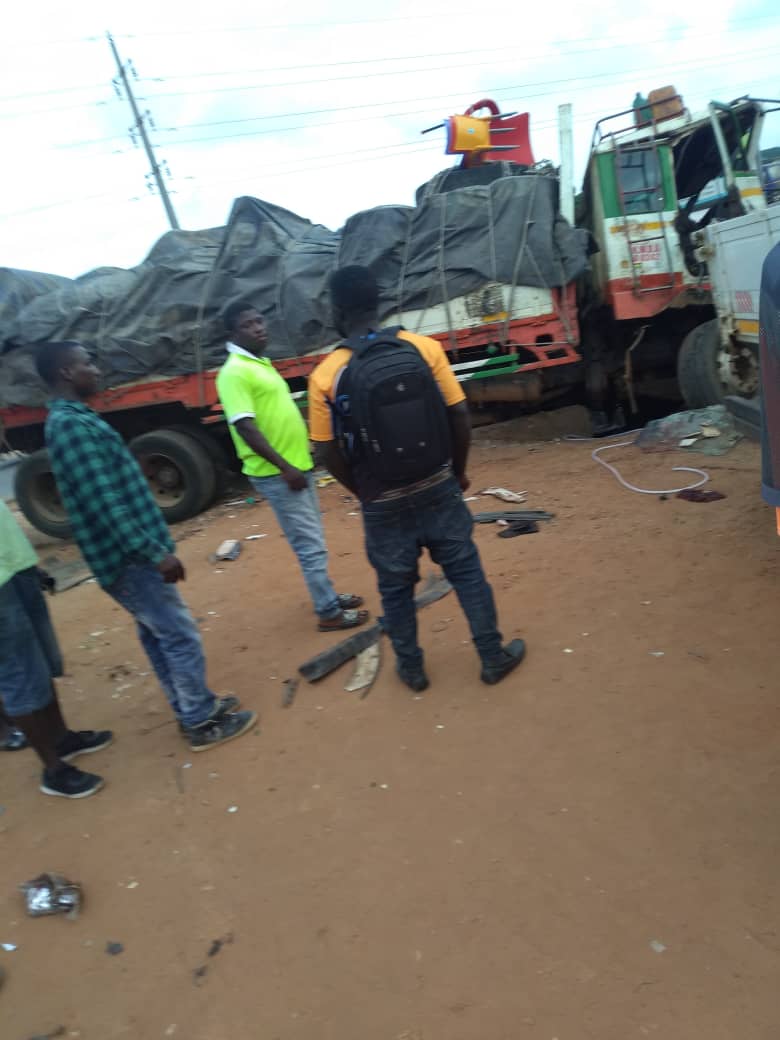 Another kia truck that was also following branched to the same direction upon seeing what was at stake.

Both drivers got injured as well as a man who was standing at the junction waiting to pick a trosky.
They were quickly rushed to the hospital. 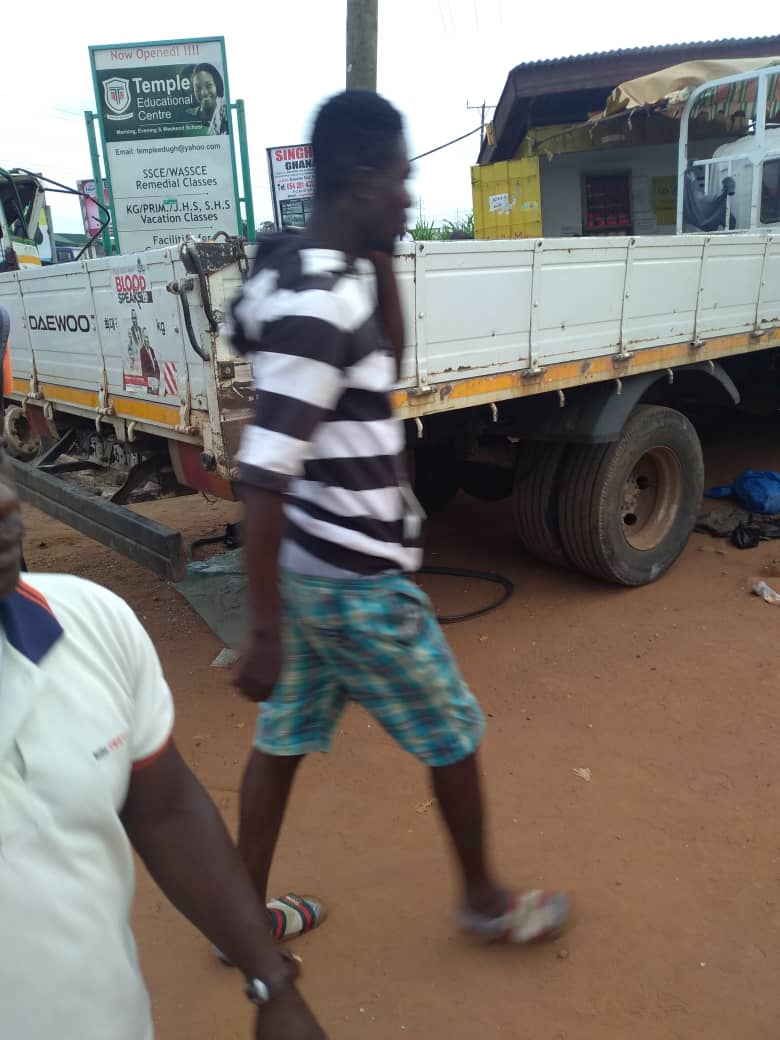 For now we don’t know the state of the driver’s and the man’s condition. Stay in touch with us. Would keep you updated.

Keep on visiting VolumeGh. Subscribe to our newsletter to recieve daily updates via your email.

Video of Late Papa J In Sick Bed At Korle Bu Before His Sudden Demise Pops Up.

Nigerian Patient On The Run After Finding Out Coronavirus Status.