Kwadwo Sheldon In Hot Soup As Twitter Fans Troll At Him.

Bernard Kwadwo Amoafo, popularly known as Kwadwo Sheldon, is a content developer, brand influencer, and often refer to himself as a digital entertainer.

As a young entertainer with 71.3k followers on Twitter, he is loved by many people due to his funny posts and memes. 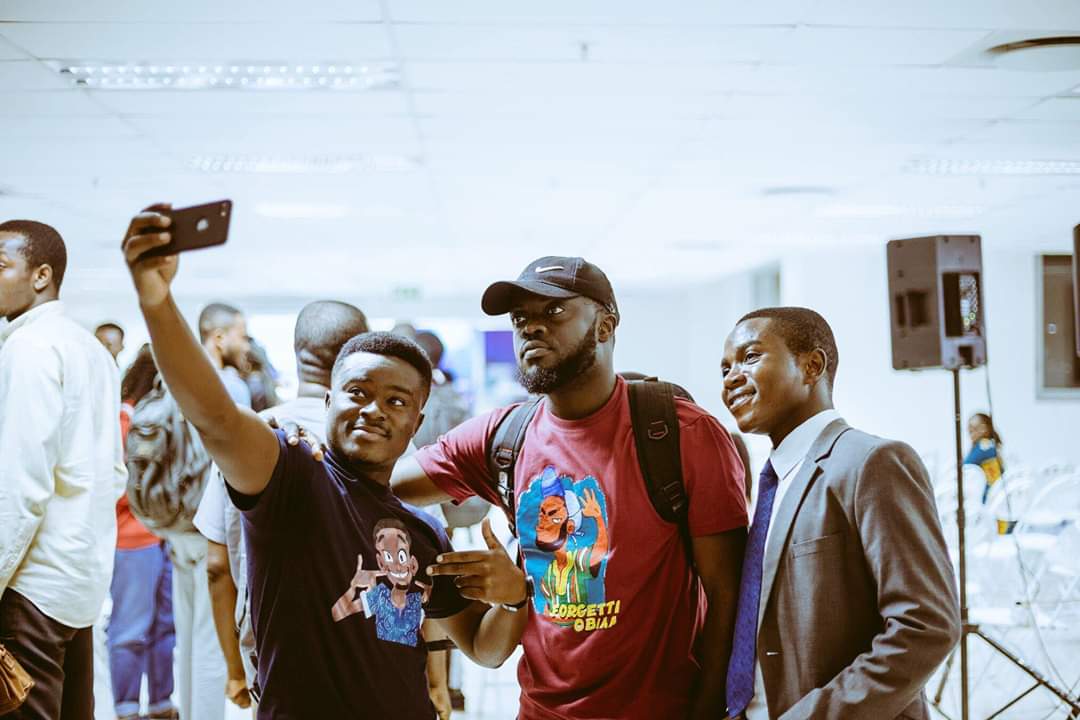 Unfortunately for him, some twitter fans decided to dig into his old posts about Ghanaian rapper  Sarkodie, who recently won B.ET Award for the Best International flow category 2019.
What they discovered, got him trending for almost 9 hours on Twitter. 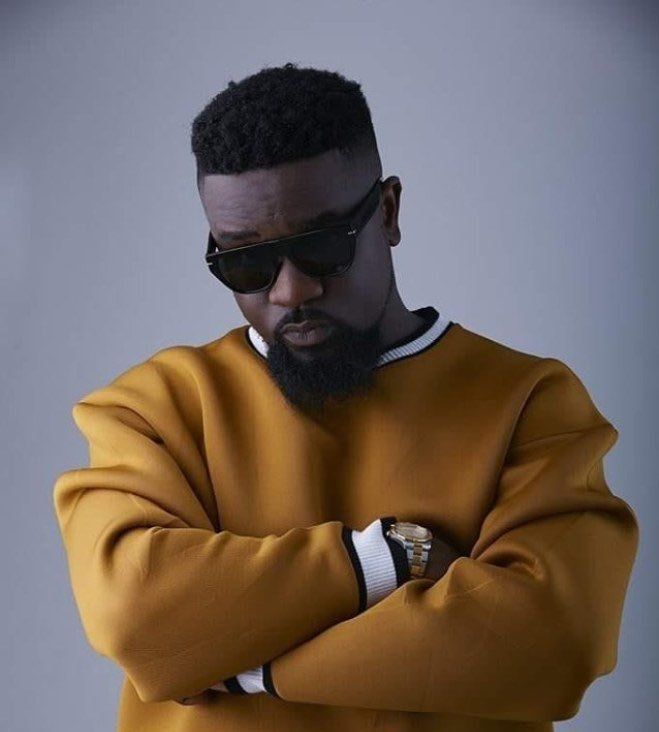 Kwadwo Sheldon was against Sarkodie and kept criticizing him in the past.

In some of his old tweets, he said:
“Sarkodie is like NDC communicators. Try move to them with legit argument and they start insulting your parents.” 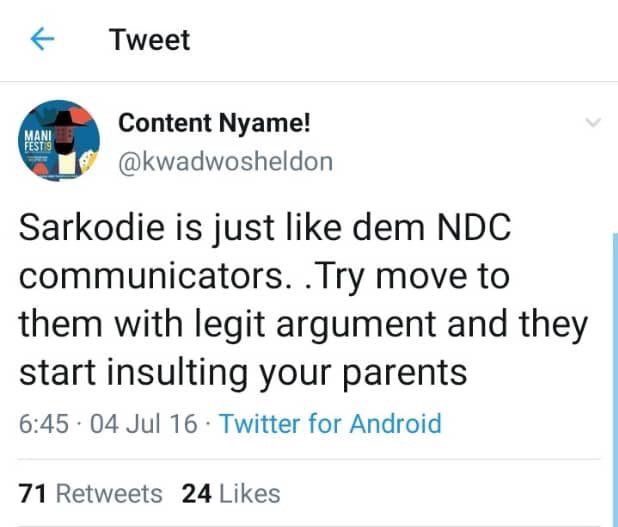 “The Kaba punch dier e go me but the rest all be borlar. The usual sarkodie.” 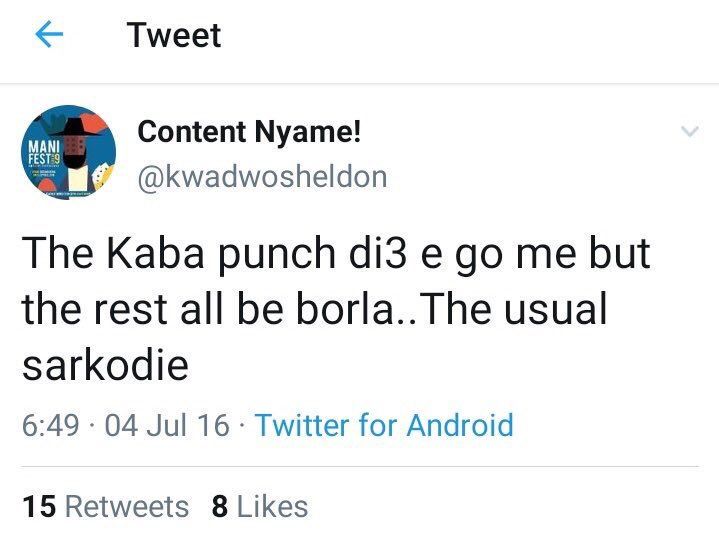 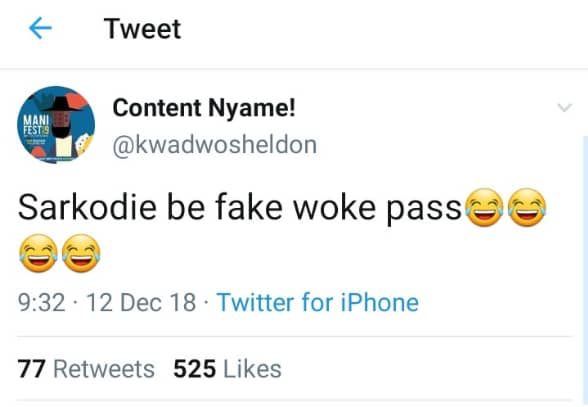 According to twitter fans, he was very much against the Sark brand and anytime people had an online banter with him, he ended up blocking them.

Twitter fans further disclosed that, Kwadwo Sheldon a.k.a Content Nyame is not a real guy, and only started praising sarkodie after the award winning rapper retweet one of his works and endorsed him. 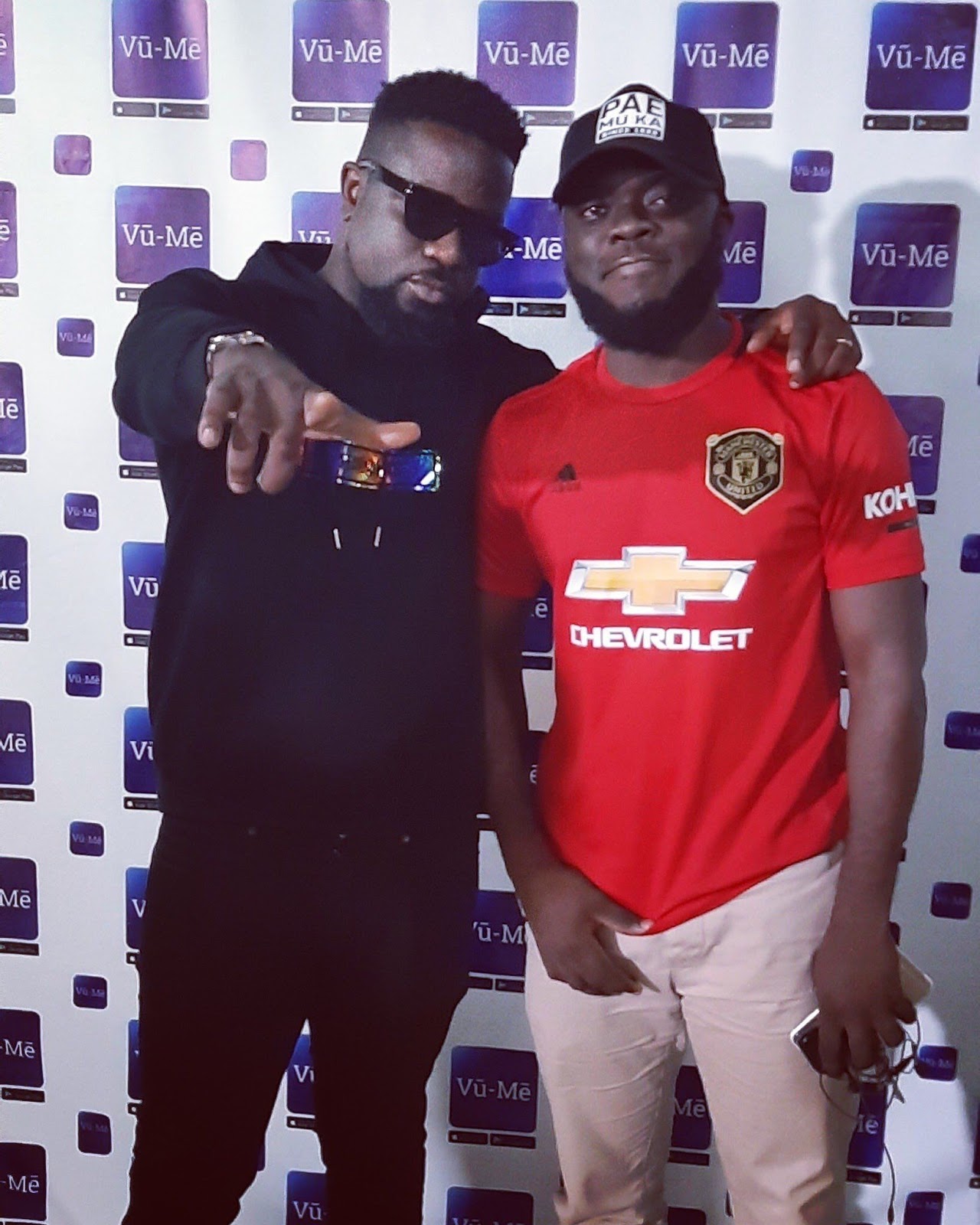 Today, most of his posts are  supportive of  Sarkodie and against fellow dancehall artist Shatawale and his fanbase. 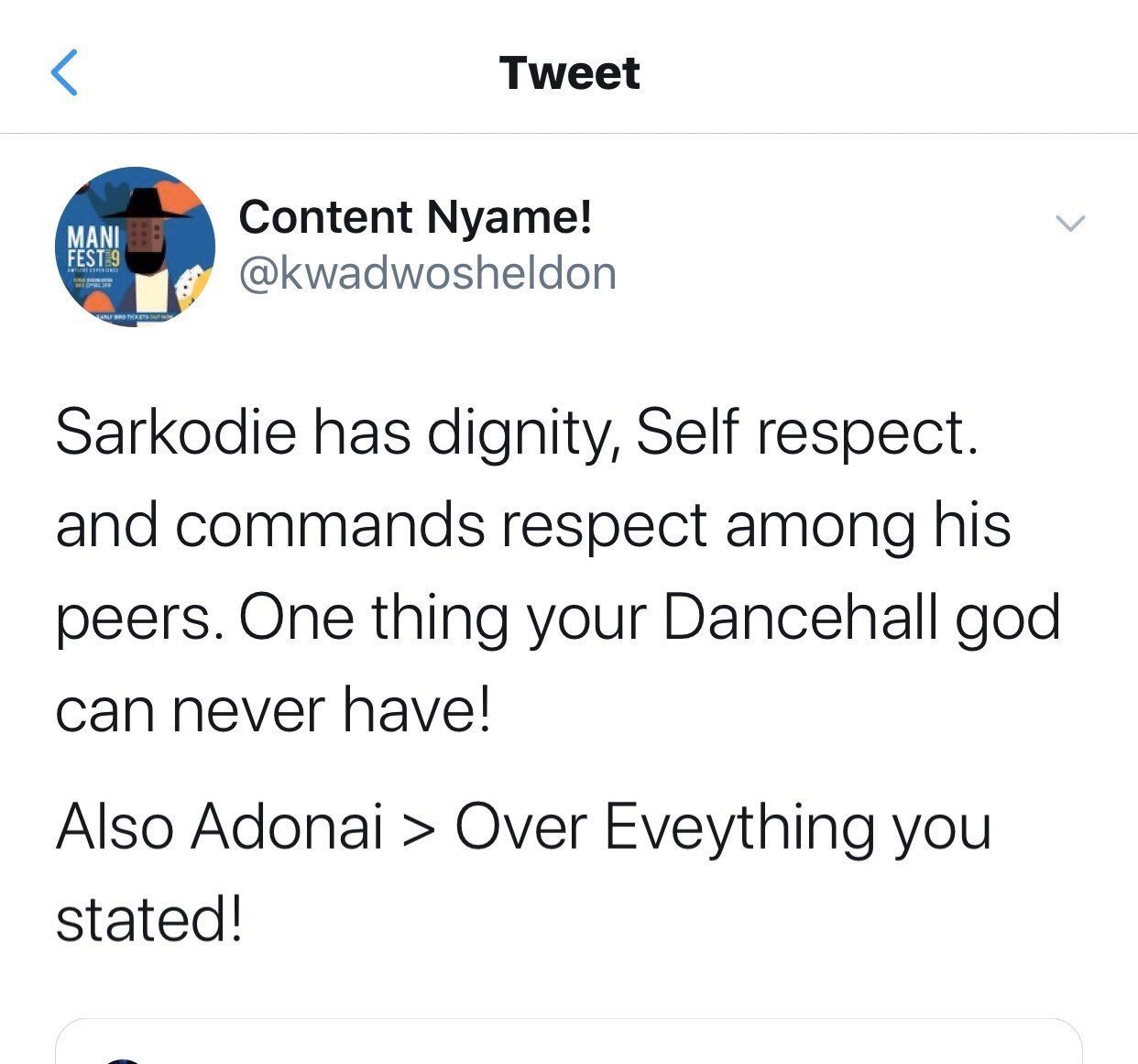 He was recently spotted at Sarkodie’s This Is Tema music festival which featured popular Artist such as Stonebwoy,Edem, Medikal,Kwesi Arthur, kuami Eugene and many more. 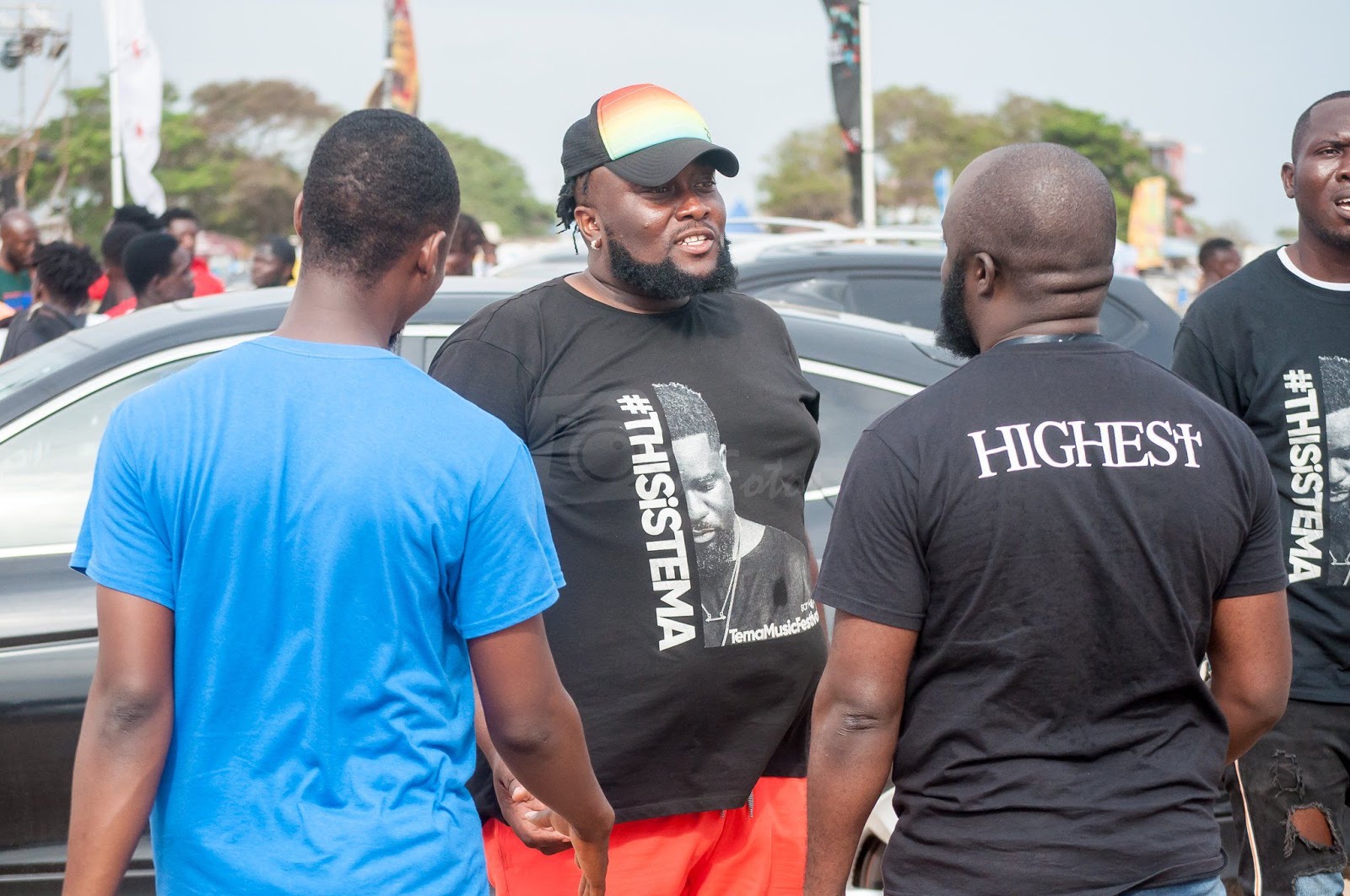 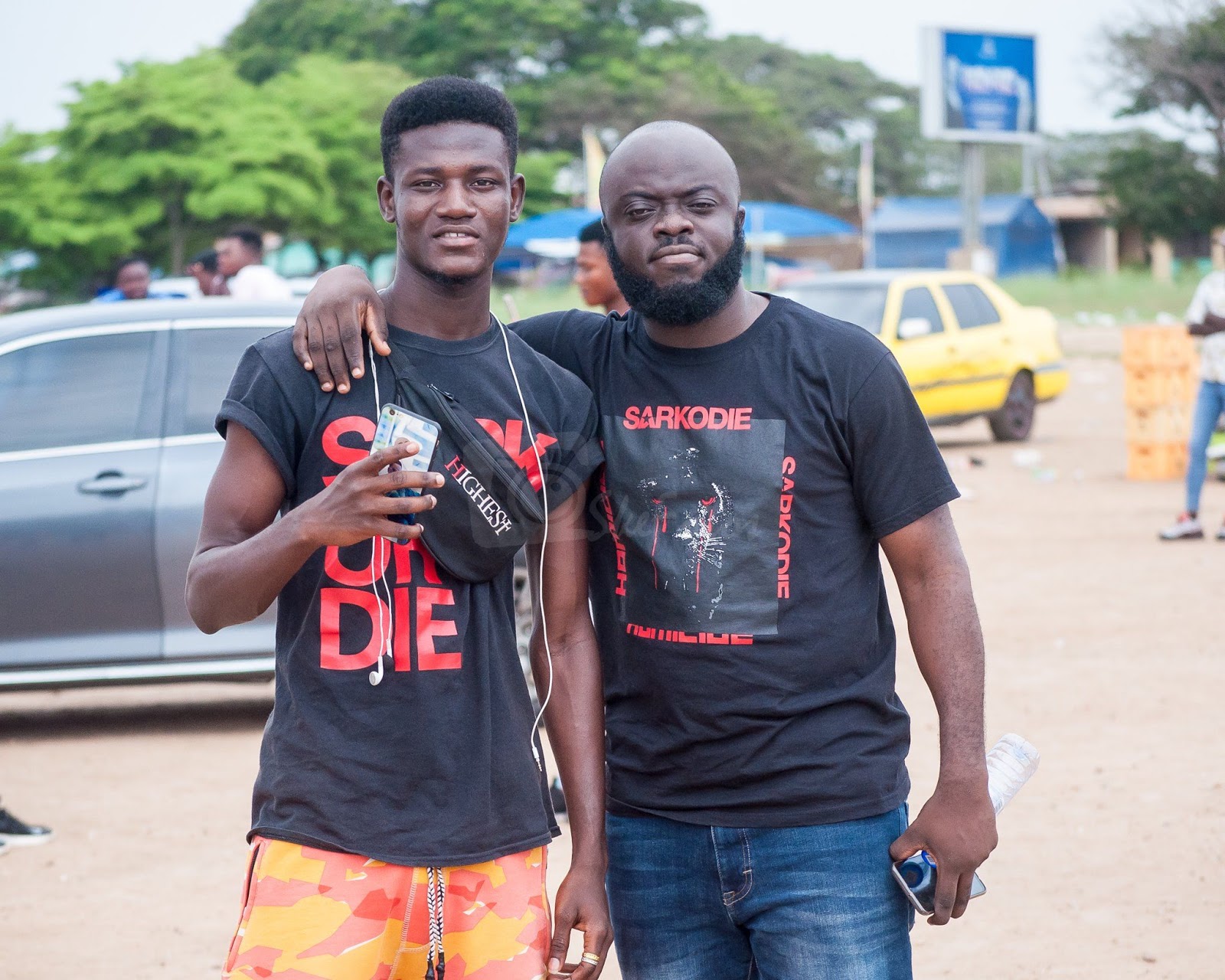 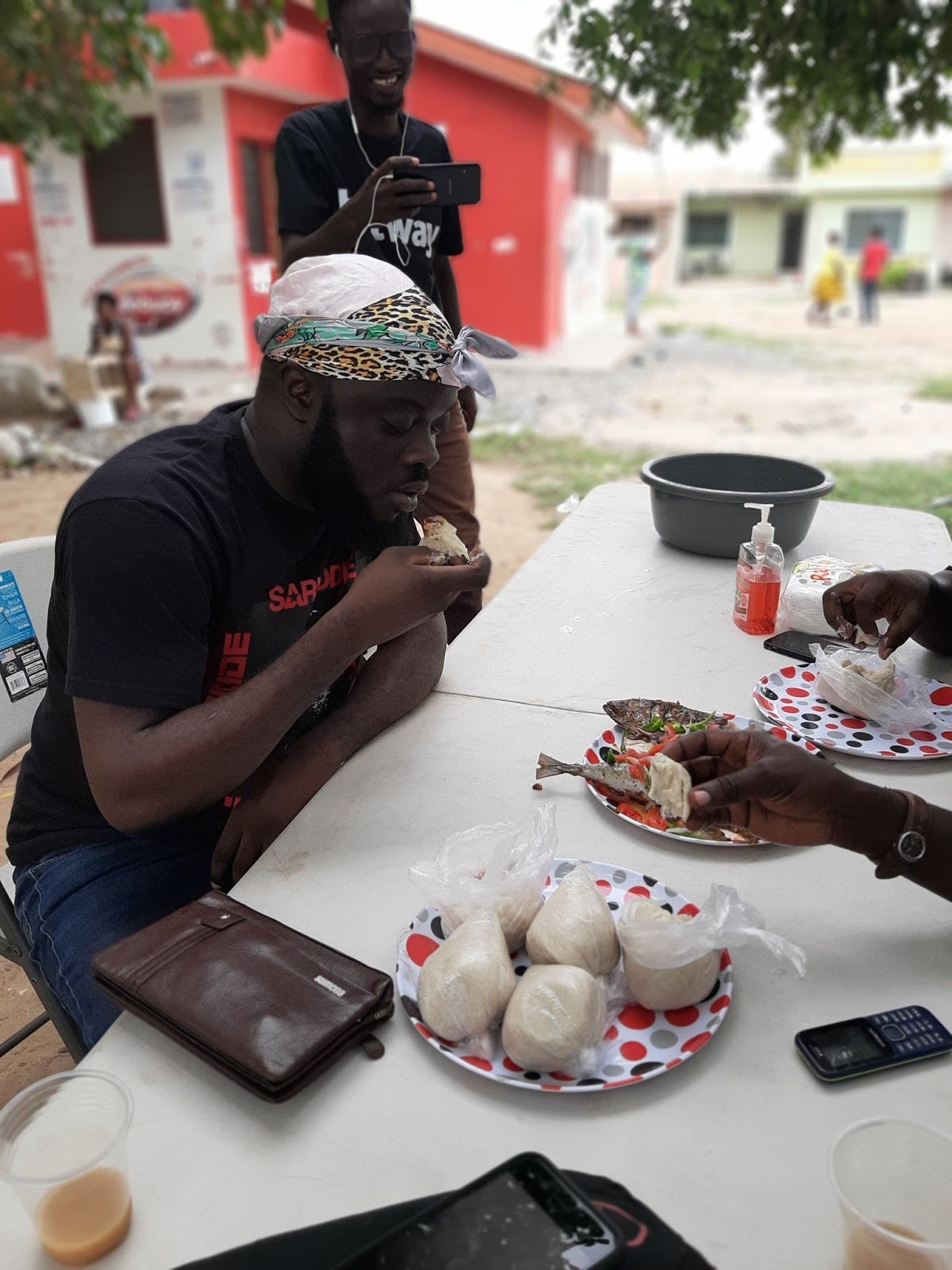 Speaking to VolumeGh, fans hinted on the fact that he even requested to be the MC of This Is Tema Music Festival from Sarkodie but the rapper of the decade already had an MC appointed.
Is Kwadwo Sheldon a real sarkodie fan or is he trying to use his head to secure a three square meal?
We leave that in your hands to judge.
Anyway before we draw into conclusion checkout some of the comments made by fans against Kwadwo Sheldon. 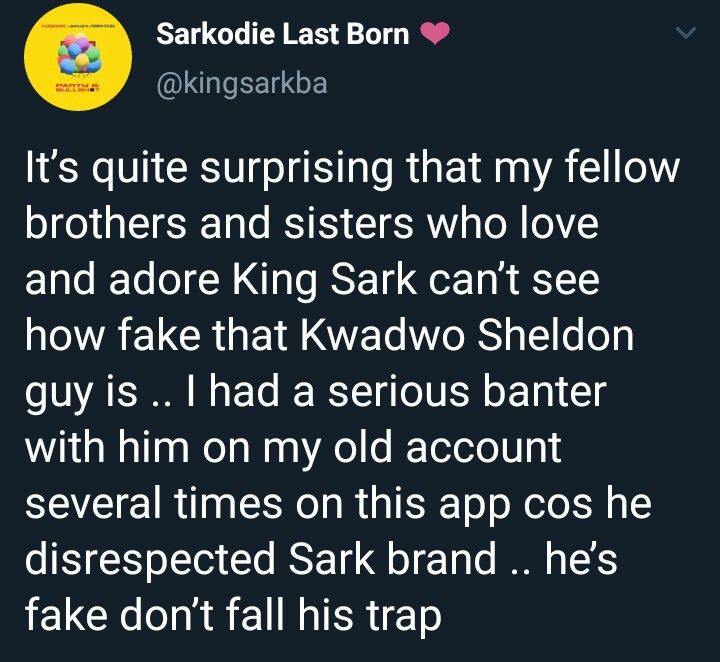 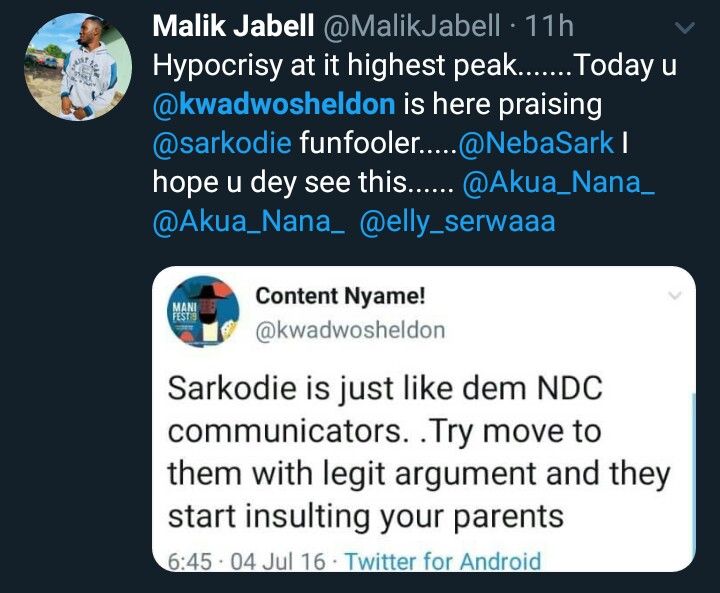 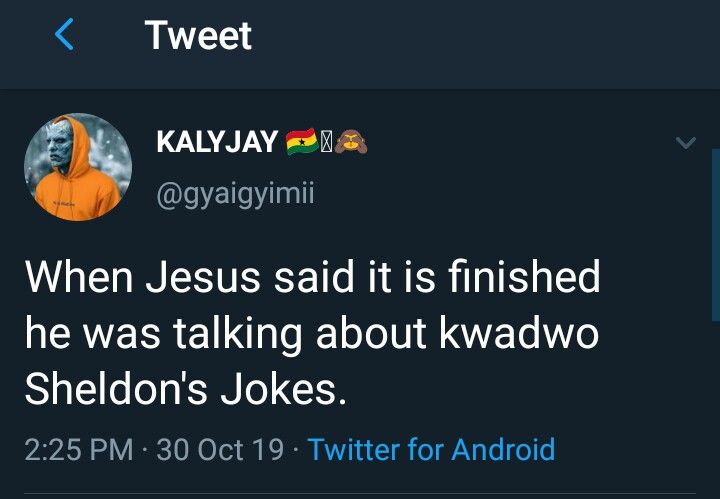 It’s Not Easy Been The Daughter Of Two Celebrities — Fafa Kayi.