Lion Heart Movie Has Been Disqualified From The Oscar Award

According to the academy, Lion Heart movie was disqualified because it’s mostly in English, which violates their Best international feature film rule. 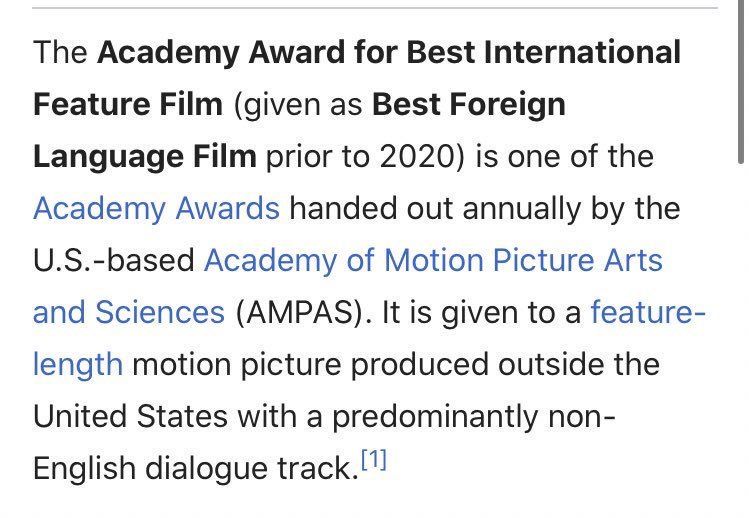 The criteria for best international feature film states that it awards films made outside the united states with a predominantly non English dialogue.
This has stirred an uproar on social media, as several fans and media enthusiast respond to this act as discriminatory against the Nigerian movie. 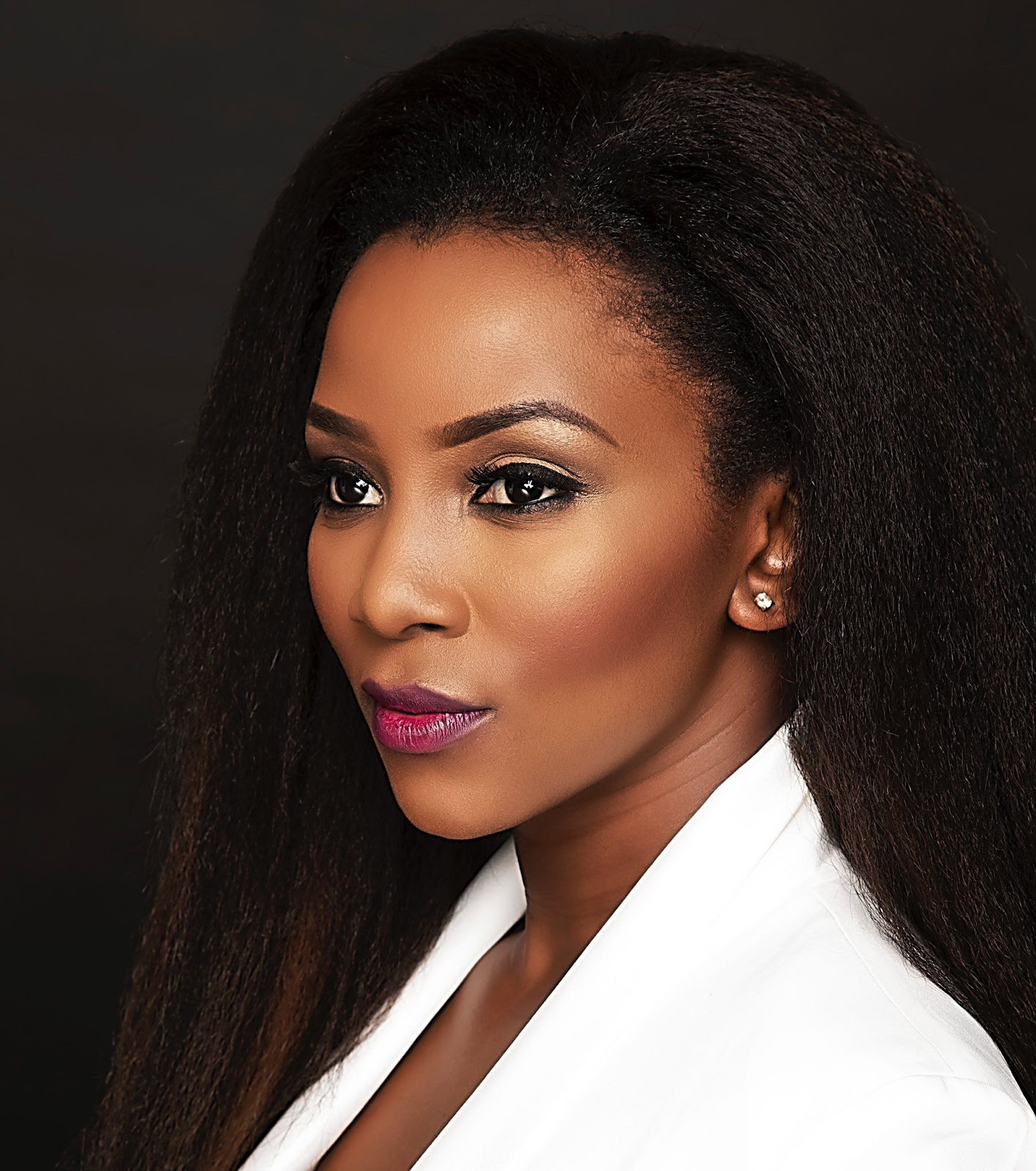 In Genevieve Nnaji’s respond to the act, she said:
“2/2 It’s no different to how French connects communities in former French colonies. We did not choose who colonized us. As ever, this film and many like it, is proudly Nigerian. @TheAcademy” 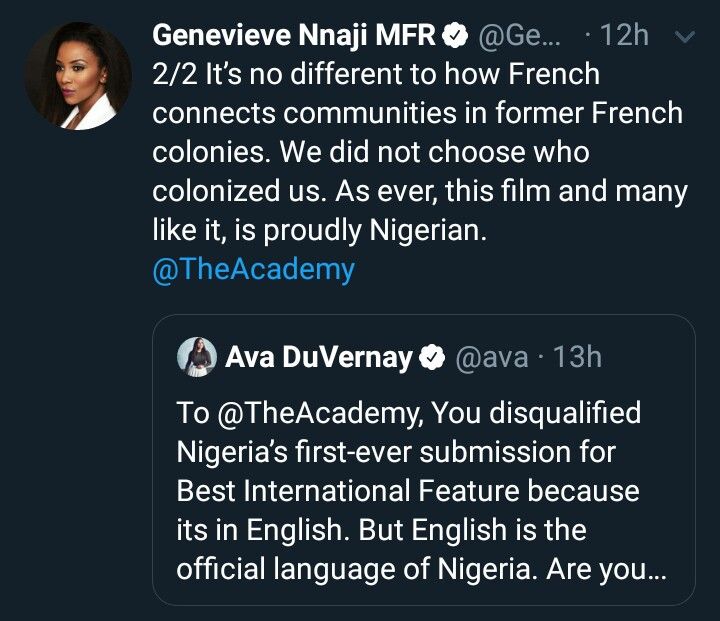 Ava Marie Duvernay, an American filmmaker and distributor has also shared her views against the act :
“To @TheAcademy, You disqualified Nigeria’s first-ever submission for Best International Feature because its in English. But English is the official language of Nigeria. Are you barring this country from ever competing for an Oscar in its official language?”

Despite the support of many media enthusiast against the act by the Academy, many fans of Lion Heart movie have also shared their thoughts in agreement with the academy.
@gimbakakanda said:
“Although the debate about language criteria for Oscars is long overdue, Lion Heart never stood any of being selected at all. It’s a laudable effort, and personally I love its humanizing of northerners, but this attempt to project it as an Oscar-worthy production is overstretching.” 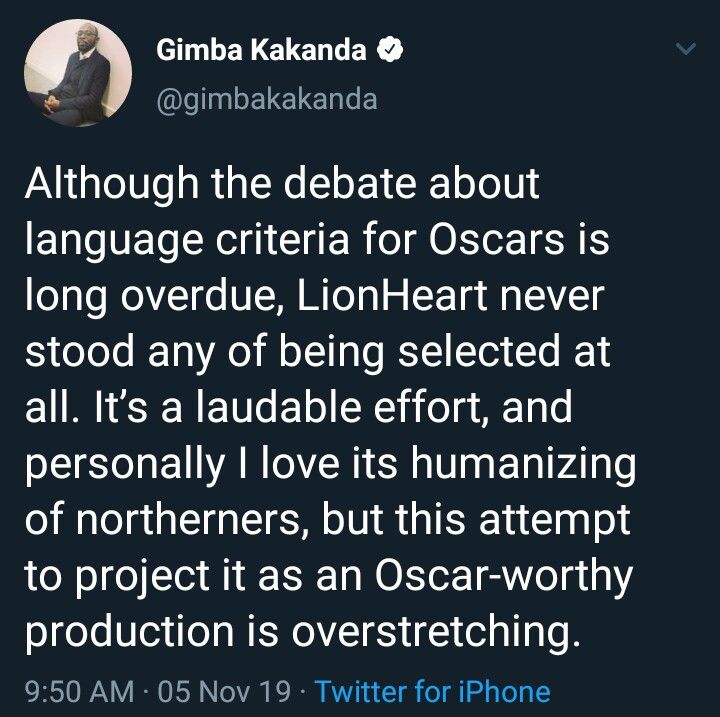 Twitter user @tboywonder in agreement with the act by the academy also stated:
“Is it that those who submitted Lionheart as an entry to the Oscar didn’t read the rules or, or they just tried to beat the system by being fraudulent?
The rule is the rule. This is not a Nigerian base award where we could bend the rules.
Take a grid.” 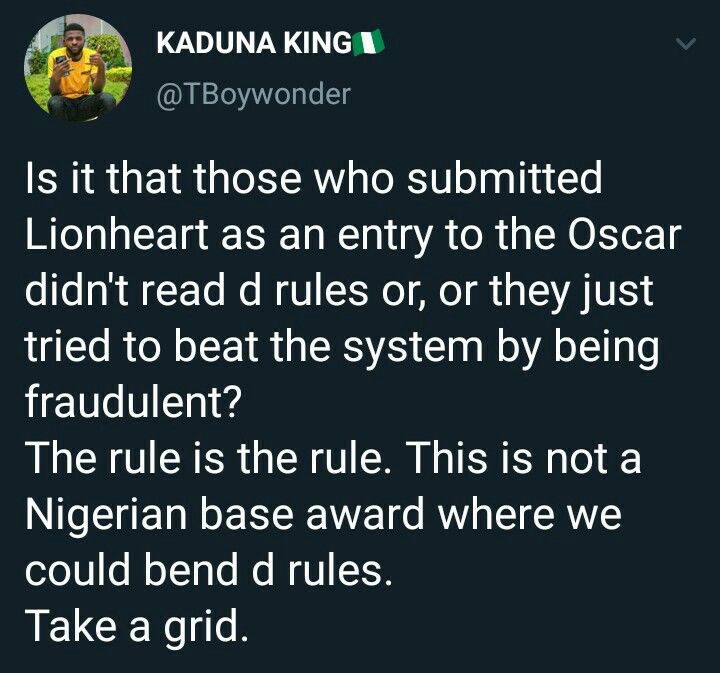