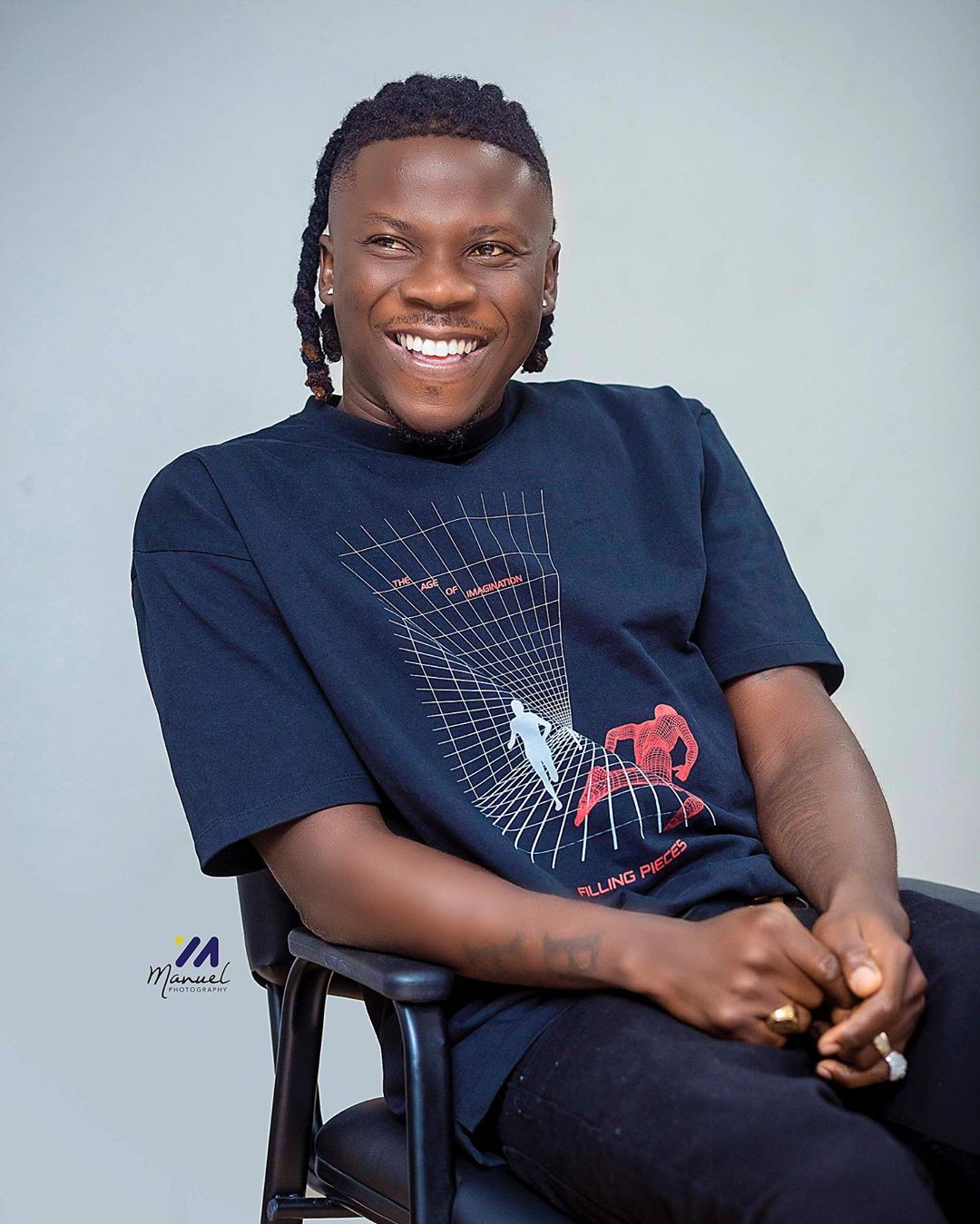 Livingstone Etse Satekla,popularly known in Showbiz as Stonebwoy in a tweet has lashed out his anger on the CEO of Charterhouse, Madam Theresa Ayoade following her recent comment to the media.

In Madam Theresa’s speech to the press she said:
“The industry is bigger than these two artistes and that what I want you to go back with. There are lots of young people who need the opportunity so let’s move on,”
Stonebwoy addressing the issue concluded that Charterhouse doesn’t have the interest of Ghanaian music at Heart.
He tweeted: ” “May I conclude that @CharterhouseGH DOES NOT Have The Interest Of Ghanaian Musicians and Ghana Music At Heart. With All Due Respect #MrsTeresa I’m Disappointed!!  Calling On Ghana Media To Help You Quench Our Careers Is A Very Low Blow.. #BhimGovernment”. 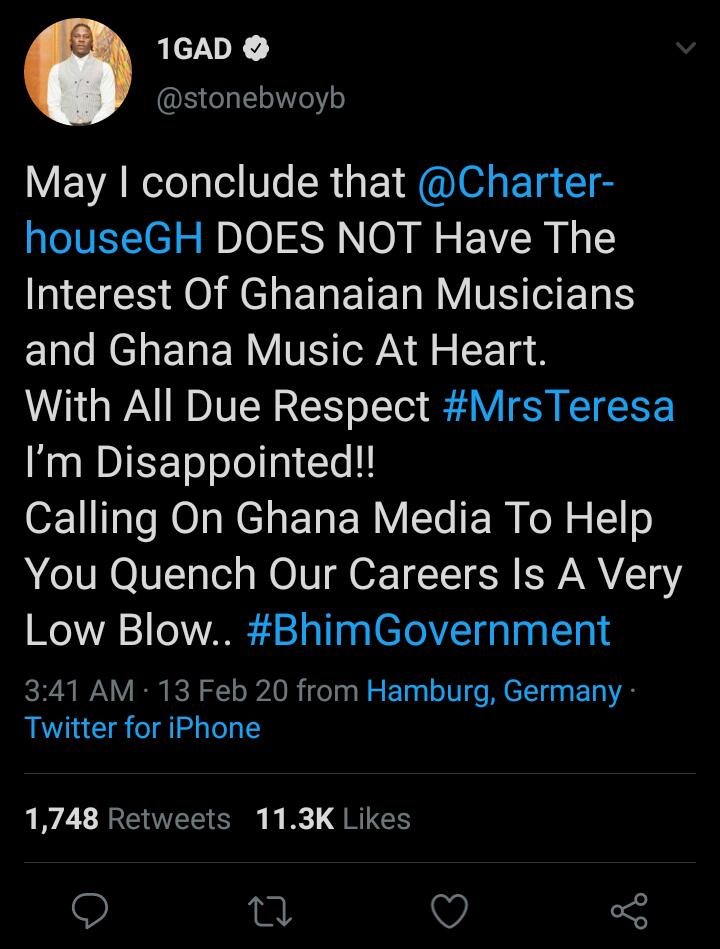 The self acclaimed dancehall king Shatawale, has also released another diss song to charterhouse after Madam Theresa Speech and has described charterhouse as poor people who are just milking fans of the musicians.
February 13, 2020