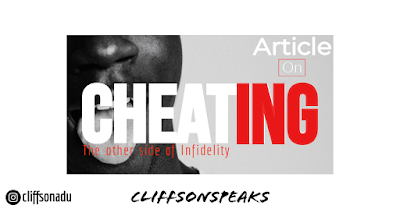 Integrity: Adhering to moral principles, honesty and the equality or condition of being whole and undivided.

Cheating: To deprive someone of something valuable by the use of deceit.

Most, if not all of us need and very much desire physical intimacy (yes, sex).

Can i say sex on here?
I’m not sure but sex is like the greatest thing ever invented.
It is right up there with eating and sleeping.
Everyone likes it, everybody wants it but when someone is in an exclusive relationship with another, married or not, you don’t get to have sex with whoever you want anymore.
True, everyone makes mistakes sometimes, no one is perfect and at sometimes we are weak for one reason or another but an honourable man or woman, a person with integrity and inner discipline recovers and learn from the mistake and doesn’t repeat it. that is not what cheaters do. 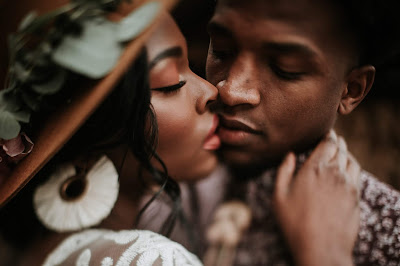 Cheaters talk about things like honour and will power and integrity but they don’t practice in the place it counts the most, with their beloved.
With cheaters, it isn’t about a “Mistake”, a one-time thing they feel horrible about afterwards and promise themselves never to repeat.
Cheaters simply don’t care. it’s not that they don’t care about the girlfriend/boyfriend or fiance or spouse that they have made a promise of commitment to.
They do care, they just care more about themselves.
It is the promise of faithfulness itself that is meaningless to them.
It is simply empty of any real sincerity but the problem is that the promise is accepted by the loved one as sincere.
That promise is relied upon and as important as though it were tangible.
So irrespective of how much the cheater spits upon the promise every time he or she cheats, that promise is HOLY. Yes, that’s right “Holy” 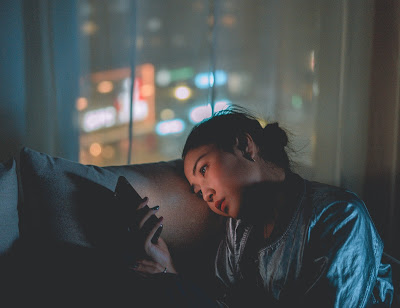 What does that mean holy?
Like a church holy or holy water holy?
Well, one could argue that any promise is holy but how much more so when a person believes and loves and trust and love makes the promise holy.

It is not the hollow promise itself, but the loving reliance upon the promise that creates the holiness.
The pure beauty of love and faith that is returned exclusively to the beloved.
The true sadness is that the beloved will eventually find out about the cheater and then the house of cards will come tumbling down, not only is the relationship destroyed but the trust, faith and love is destroyed as well and it may be difficult to ever trust again and any relationship.
Such immense pain can be caused.
Amazingly, cheaters don’t seem to care or think about the consequences of these indiscretions.
Do any of them think ahead of time about the people and/God forbid, children that will be left lying if any in the wake of this utterly selfish act?
The people that will be left trying to pick up the pieces of their hearts and try to rationalize whether anything that they believed in was real. 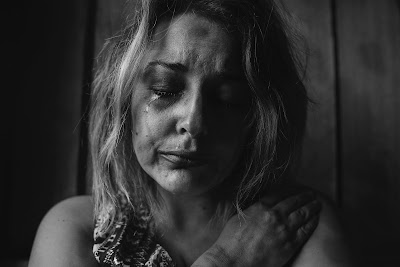 The question is, what and who does the cheater value?

What does the cheater respect?
Do they even value their selves?
Does the person who thinks nothing of cheating regularly or every chance they get on their loved one value and respect anything?
There is no respect for the one whom the cheater purports to love.
There is no respect for the man or woman the cheater is doing the cheating with because clearly that person is just being used to fulfil a canal desire and arguably the cheater doesn’t even respect him or herself, because a person with an inner moral compass respects him or herself enough not to do things that will cause pain to others,especially those who love him or her.
So maybe the cheater does not have any real understanding of what is holy, the meaning of a promise, an understanding of integrity or sacrifice of the pure beauty of love.
If a man or a woman is in a relationship and can’t keep their legs closed, then that person has no business being in a relationship.
It is just that simple.
You can’t have your cake and eat it too and then want to eat someone else’s cake as well.
If you are so selfish and deceitful that you can’t be honest and faithful to the one you profess to love, then do that person a favour and either agree with them to go because the act of cheating is entirely selfish in every way.
Cheaters want the security and benefits of an ongoing relationship with their significant other and they want to mess around on the side as well because then they have the best of both worlds but you don’t have to go to church or believe in any particular religion to know that cheating is wrong.
It is a hurtful despicable act made even more vicious because it is intentional and hurts the person who loves the perpetrator.
How many crimes are like that?
The most heinous 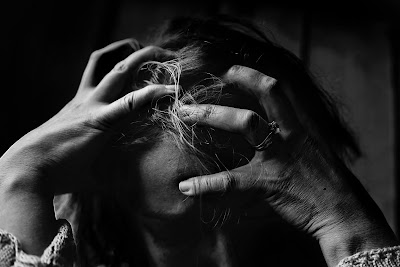 So, if you are a cheater don’t ever talk about honour and integrity and code of conduct.

You have no right to utter those words because when you live by principles of ethical behaviour, you don’t pick and choose when to apply in some areas of your life on some days but not on others.
Think before you act, think about who will suffer from your actions, think about the destruction you will cause.
Do not believe that you can get away with it forever because the law of the universe will catch up to you.
There is retribution for every act in which we inflict pain on another for every time we make a promise and then break it, whether anyone ever knows about it or not.
Just some food for thought.
Cheating – By Cliffsonspeaks
IG: @cliffsonadu
April 5, 2020

A Trip To Nzulenzo (Village on Water)