Ghanaian Comedian Benson Nana Yaw Oduro Boateng (Funny Face), known for his role in TV3 Ghana’s sitcom Chorkor Trotro via a ruling made by Honor Ebenezer Osei Darko of Ofankor Circuit Court is to be taken to Accra Psychiatric Hospital for two weeks by the Ghana Police.

The ‘Children’s President’ appeared in court today for unlawful discharge of firearm which occurred at a drinking pub last week.

As reported by DSP Irene Serwaa Oppong of the Central Regional Police PRO, Funny Face went to a bar where a misunderstanding ensued between him and the owner.

Even though the two were separated, Funny Face went home, returned with a gun, and started firing warning shots.

Funny Face later filed a police report against the owner of the drinking pub for assault after sustaining injuries during the fight. 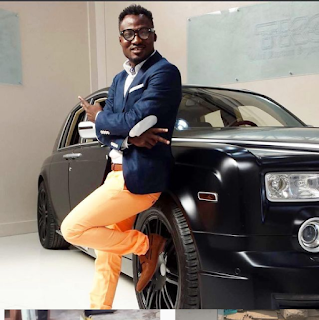 The comedian was arrested for the second time yesterday Sunday, February 14, 2021, and was kept in police cells till this morning by the Millennium police and appeared in court today.

During the ruling, the court seized the firearm he fired at the drinking pub and also banned the comic actor from driving for two weeks.

The presiding judge after listening to Funny face account of events inquired if he has a sound mind, which funny face claimed the slaps from the police officers have affected him mentally.

The ‘Cow And Chicken’ actor however has pleaded guilty to unlawfully discharging a firearm in a public place.

DSP Irene Serwaa Oppong also disclosed that the bartender was also arrested for assaulting Funny Face but granted bail whilst police continues investigations into the reports.

A report by Adomonline also reveals that the actor is suffering from stage three depression over his twin daughters.

Wizkid Opts Out Of Tiny Desk Concert Due To Covid 19 Travel Restrictions.