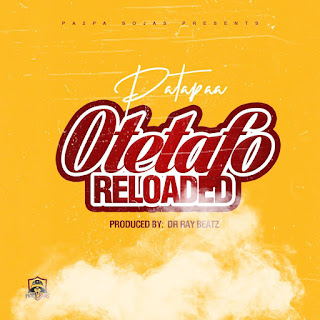 The ‘One Corner’ hitmaker advised Kuami Eugene to apologize to Guru, a senior colleague in the industry over their recent brouhaha, or face another diss song from him within 3 days.

Its been recorded that the Pa2Pa sojas frontliner alledged years ago that Kuami Eugene farted many times when they met at an event.

He therefore labeled the rockstar as ‘Otetafo’ a twi word which means someone who constantly farts.

Since Kuami Eugene failed to render an apology to the ‘Lapaz Toyota’ hitmaker Guru, Patapaa just as promised has released a diss song for the singer.

In his song ‘Otetafo reloaded’ produced by Dr Ray Beatz, Patapaa went hard on Kuami Eugene  and supported Guru in the misunderstanding that ensued between them.

Listen To The Song Below.

Wizkid Opts Out Of Tiny Desk Concert Due To Covid 19 Travel Restrictions.