Share
Facebook
Twitter
Pinterest
WhatsApp
Meet Benedicta Nelly Esinam Adwoa Gawu, a 28 years old Ghanaian actress living in Accra, Ghana.
She is 1.9m tall and weighs 90kg.
Benedicta Gawu popularly known as Adepa or Nelly hails from a small town called Akatsi in the Volta region but currently staying in Accra where she runs her business.
Her acting career kick-started at the age of 25 and since then has featured in numerous movies such as The Gods Must Talk, directed by Ankonuel, Care Taker directed by Soscket, Akelah, and the magic stones directed by Ankonuel, Ejubry kingdom directed by Ankonuel, and many more. 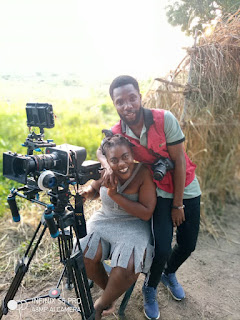 When she is not on set, Nelly can probably be heard singing, reading or dancing.
Yeah, you heard me right!.
Aside from Acting, Nelly is a great dancer and has performed on many stages with her friends.
Despite the fall of the Ghana movie industry, the passion driven actress isn’t giving up anytime soon  and expects her fans to hope for nothing but the best from her. 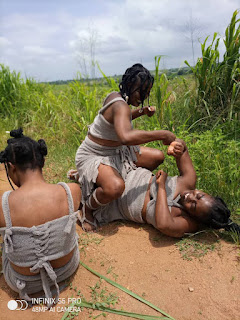 She looks forward to getting more features because she loves acting.
You can follow her via her social media handles:
Instagram: Adepakiss
Facebook: Nellykiss
For Bookings Whatsapp/Call her on +233546094179
Email: Kissnelly35@gmail.com
August 20, 2021