Share
Facebook
Twitter
Pinterest
WhatsApp
Priscilla Obenewa Abban is a hardworking actress in her twenties from Ghana, West Africa with three to four years of experience in acting.
The simple yet beautiful actress is 5.7 feet tall, weighs 70kg, and has black hair and brown eyes color.
Priscilla has featured in several movies in the country such as Hedze and Sodze all directed and produced by Chrishood, Shade directed by Christyn Michaels, and many more.

Her hard work has led her to feature in a tv commercial as well.
Even though the Ghana film industry has declined over the past years, Priscilla has high hopes of it rising and for all actors in the country to be heard across the globe.
When Priscilla isn’t acting, it appears she is either cooking, writing, or traveling.
“My fans should hope for beautiful things” – she said during an interview with VolumeGh via our online bot. 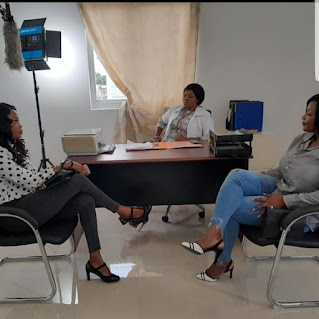 You can follow her on all social media platforms via her handles:
Facebook: Cilla Obenewaa
Instagram: @cillaobenewaa
For Bookings:
WhatsApp/Call her on
+233240238487
Email: Obenewaapriscillaabban@yahoo.com
VolumeGh recommends her to all casting agents, directors, and producers for all aspects of film production.
August 20, 2021